How to Perform a Cold Corrosion Test for Cylinder Oil

The oil used to lubricate the cylinders of large 2-stroke marine diesel engines has to contend with high temperatures and acidic products formed during the combustion of sulphur-rich bunker oils.

Cylinder oil is used on a continuous loss basis. In recent times ship operators have taken to running engines at reduced speeds (so-called slow steaming) as a means of improving fuel consumption. Unfortunately, slow steaming is accompanied by a drop in engine temperature which allows acid to build upon the cylinder liners thereby promoting their “cold corrosion”.

The iron compounds formed by this process are then flushed from the engine by the cylinder oil. This leads to excessive liner wear, requiring expensive replacement. The iron found in used cylinder oil samples typically exists in various forms, each one having its own particular properties. For example, metallic iron particles worn off the cylinder liner by cat fines exhibit strong ferromagnetism and may be detected.  There are cold corrosion test kits to aid in this condition monitoring process. 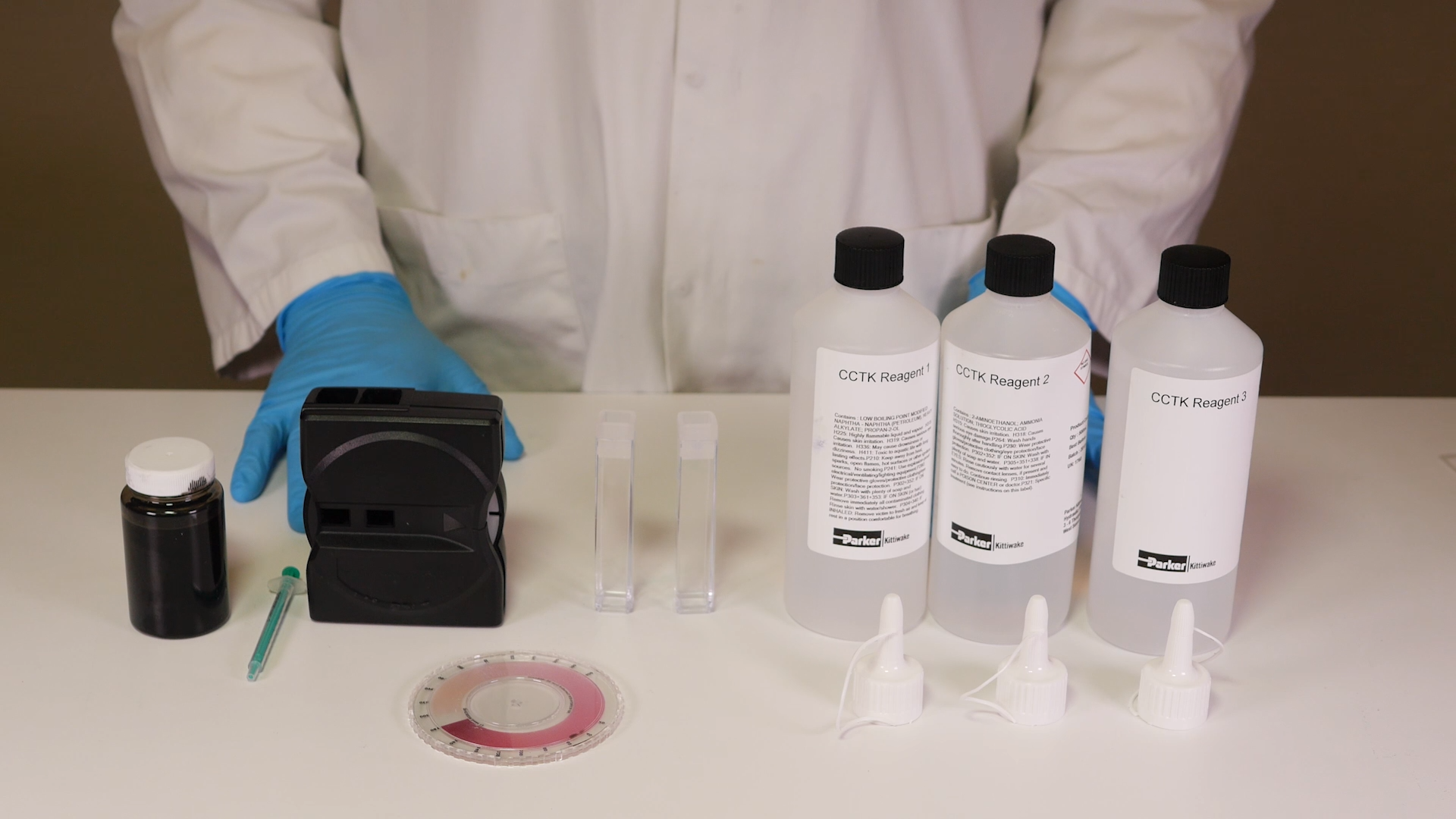 To perform a Parker cold corrosion test you will require the following: 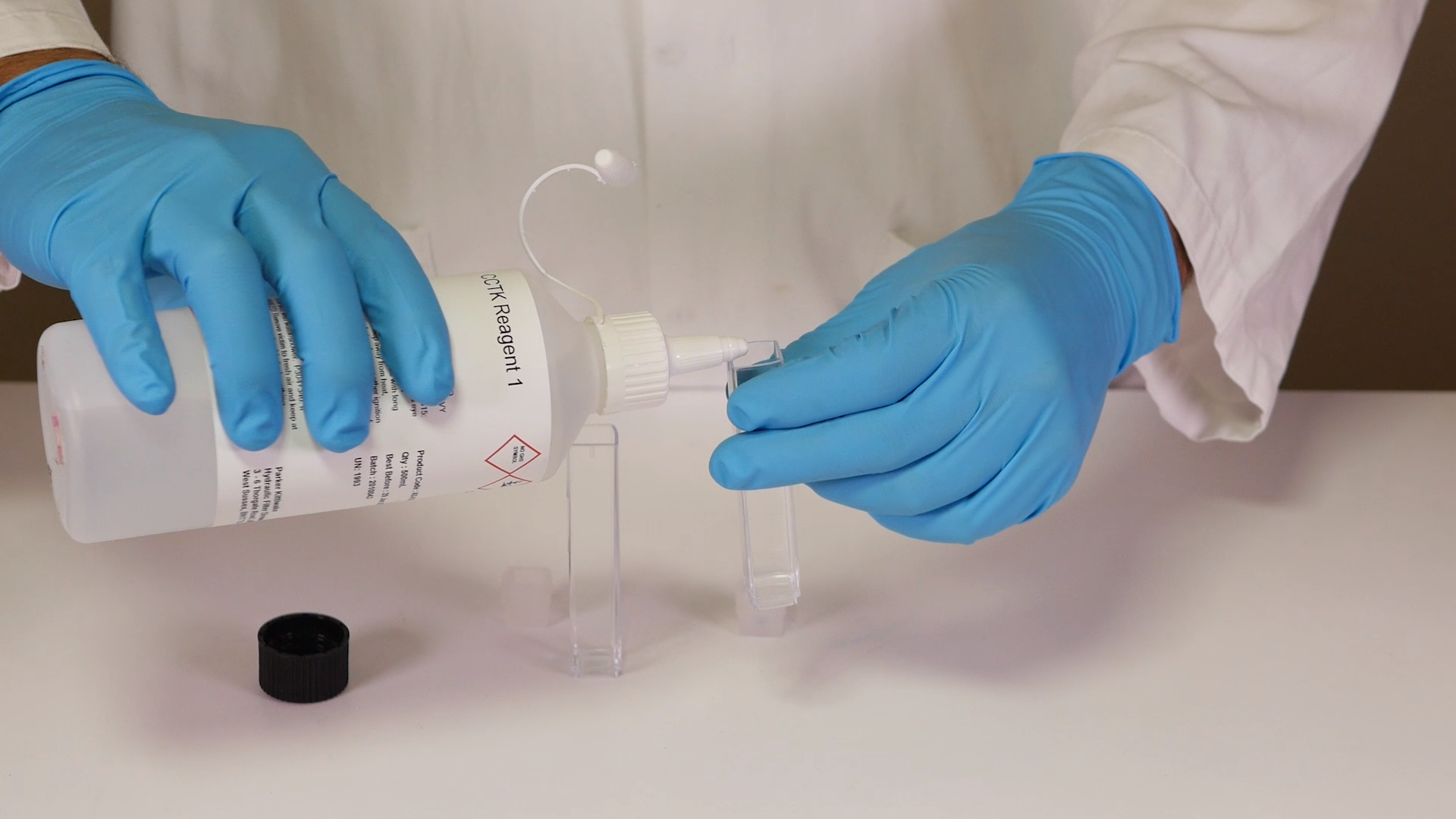 First, fill both sample vials to the five milliliter
graduation line with Reagent One.

Prepare your cylinder scrape down oil sample with some gentle agitation for approximately 30 seconds. Using the syringe, add 0.2-milliliters of the sample to each of the
cuvettes.

Fill, one of your cuvettes to the 10-milliliter graduation line
with Reagent Two and the other with Reagent Three. Be sure both cuvettes are capped, secured and shake vigorously for approximately 30 seconds.

Leave for four and a half minutes for the layers to settle out.

Insert the color wheel into the comparator.
Place the cuvette containing Reagent Two into the
centermost slot and the cuvette with Reagent Three
into the anterior-most slot.

Rotate the color wheel
clockwise until the color of the anteriormost
window matches that of the inner.

Read the concentration figure in PPM directly from the wheel

Watch the video to follow along with the steps:

Optimising Feed Rate in the Fight Against Cold Corrosion

The Importance of Condition Monitoring to Your Business

Have a question about Parker products or services? We can help: Contact&nbspUs!


Please note that, in an effort to combat spam, comments with hyperlinks will not be published.

Email
To subscribe to the RSS Feed, add its URL to an RSS Reader of your choice.
Manage Email Subscriptions